500,000 are expected to show up at SXSW this year in Austin, TX. Jessica Naziri talks with attendees to find what they are interested in seeing at this year’s festival. 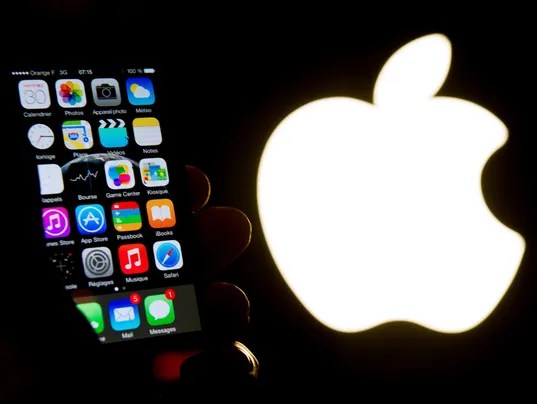 File photo taken in 2015 shows an illustration of an iPhone held up in front of the Apple logo.(Photo: PHILIPPE HUGUEN, AFP/Getty Images)

Jessica Naziri meets up with a range of people attending SXSW in Austin, Texas..
USA TODAY

AUSTIN — It is inescapable: The Apple-FBI dust-up is never far from thought at SXSW.

From President Obama’s answer to a question on the topic following his keynote speech Friday, to a rebuke from U.S. Rep. Darrell Issa (R-Calif.) today, the privacy-vs.-national security debate is front, center and in the background here.

Whether in speeches, panels or interviews, the case was a point of reference, on the tip of tongues of technologists, politicians and privacy experts.

“SXSW has been s a melting pot of ideas and policy on immigration, cybersecurity, privacy, Internet of Things, international trade and innovation,” says U.S. Rep. Suzan DelBene (D-Wash.), who has attended the interactive festival the past few years. “This case (Apple-FBI) cuts across so many of them.”

The case even made a brief cameo during an early morning panel on cyberbullying at the Online Harassment Summit on Saturday,

“The focus should be on one word: ownership,” said Michelle Dennedy, chief privacy officer at Cisco Systems, one of several dozen tech companies that filed an amicus brief in support of Apple this month. “We do not build backdoors into Cisco products.”

The heavily politicized standoff has pitted one of the world’s most powerful companies against the tope law-enforcement agency in the country, and positioned the tech industry and privacy advocates vs. the federal government and national security stalwarts.

The Department of Justice has requested Apple hack the data contents of an iPhone found in the possession of Syed Farook, one of the shooters in the Dec. 2 San Bernardino, Calif., attacks that left 14 dead and 22 wounded.

Apple has repeatedly called the government’s request unconstitutional, and has requested Congress to enact legislation on encryption. The two sides are headed to a March 22 showdown in a federal court in southern California.

The combatants may be based in Cupertino, Calif., and Washington, D.C., but Austin became the latest dateline in the dust-up. In a nuanced, 10-minute answer to a question about the case after his SXSW keynote speech Friday afternoon, Obama, a constitutional lawyer, said “There has to be some concession to the need to get into that information somehow.”

“I am way on the civil liberties side of this thing, I anguish a lot,” said Obama, who did not comment specifically on the case.

The president’s comment, which buttressed the FBI’s argument, did not play well here, one of the most influential tech conferences in the world.

“It was tone deaf; he did not read the room in that portion of his answer,” Issa, a former chairman of the Consumer Electronics Association (now Consumer Technology Association), said in an interview Sunday morning. “There’s just no way to create a special key for government that couldn’t also be taken advantage of by the Russians, the Chinese, or others who want access to the sensitive information we all carry in our pockets everyday.”

“Obama’s rant on encryption… was a detriment to privacy,” said Issa, who served as chairman of the House Oversight and Government Reform Committee from 2011 to 2015.

The politicized nature of Apple-FBI has established a national discussion on the privacy of individuals and companies that resonates beyond the revelations of Edward Snowden who, in 2013, exposed a vast global surveillance program by the National Security Agency.

The DOJ’s strongly worded filing last week, accusing Apple of “deliberately raised barriers,” underscores the government’s long-held desire for “total,” unfettered access to data on the iPhone in question, says Aleksandr Yampolskiy, CEO of cybersecurity firm  SecurityScorecard. Such a stance, he says, sets a bad precedent for consumers. “What the government is asking them to do is overkill,” he says.

The gravity of the situation, and its myriad implications, illustrate how much is at stake, Issa and DelBene said in separate interviews. “This is important stuff, and (SXSW) is as good a venue as any to discuss it,” Issa said.