Spotify just raised $1 billion in debt financing, but what is it that makes the Swedish streaming service a class-leader?

Spotify’s logo in a screenshot from the music app.(Photo: Spotify)

With a new deal for $1 billion in financing looming, the service is far, far ahead of rivals, with 30 million paid monthly subscribers to its offering of on-demand music for $9.99 monthly. Apple Music, which will turn 1 year old in June, is far behind, at 11 million subscribers, despite having the advantage of promoting the new service on over 1 billion iPhones and iPads.

What is Spotify doing right?

“For the type of music I want, the suggestions are usually spot on,” says Rick Patri, a Spotify subscriber.

Why didn’t Apple make a huge showing when it tried to take on Spotify with Apple Music?

“Too late to market,” says Rob Greer, a Pasadena photographer. “Spotify already had the mindshare. It’s hard to move consumers once they’re there.” 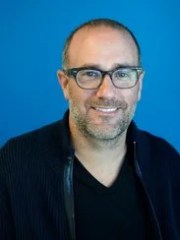 This week yet another music service launched, a pro version of SoundCloud, offering unlimited music listening for $9.99 monthly, joining Apple, Google, Amazon, Spotify, Tidal, Rhapsody, YouTube and many more with a similar way to listen to anything you want.

Google and Amazon haven’t revealed numbers for their music services, but Tidal, the service started by rapper Jay-Z, said this week it hit 3 million paying subscribers, fueled by exclusive streaming of Kanye West’s “The Life of Pablo.”

Elsewhere in digital music land this week, Tim Westegren, the founder of Pandora, the leading online radio service, was named CEO of the company. He had led digital strategy. Pandora has 80 million monthly listeners to the free service.