Let’s welcome back the one day of the year where you can’t trust a single thing you read on the Internet: April Fool’s Day.

Like previous years, some things never change: Google really likes April Fool’s Day, Thinkgeek always boasts the products you wish were real, although they may have been topped by Sony this year.

Because they really go all in this time of year. With virtual reality soaking up the spotlight, it’s only natural Google takes it to the next level of Google Cardboard Plastic.

“As good as VR is, it’s never been quite as real as, well… real life,” reads a description on Google’s official blog. Plus who can argue with a design like this?

Google loved its emojis this year, offering users the option to search for photos using only emojis. Might want to use caution searching for “eggplant” though.

However, not every joke went over well with its audience. In email client Gmail, Google introduced the Mic Drop, which would include a GIF of a minion from the movie Minions dropping the mic any time you send a message. That’s great and all, unless you need to send a serious email.

“Well, it looks like we pranked ourselves this year,” reads a statement from Google. “Due to a bug, the Mic Drop feature inadvertently caused more headaches than laughs. We’re truly sorry.”

So much April Fool’s goodness here. As always, the online retailer owns this day. Here are three of their best items: 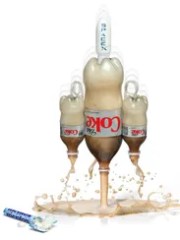 It travels 30 feet in the air, and is easy to set up. It comes with a soda bottle main thrust rocket, three smaller stability rockets, aquarium tubing, and 2 packs of peppermint Mentos. Diet Coke sold separately.

The best part is thanks to the stability rockets, the device will land itself. Amazing. 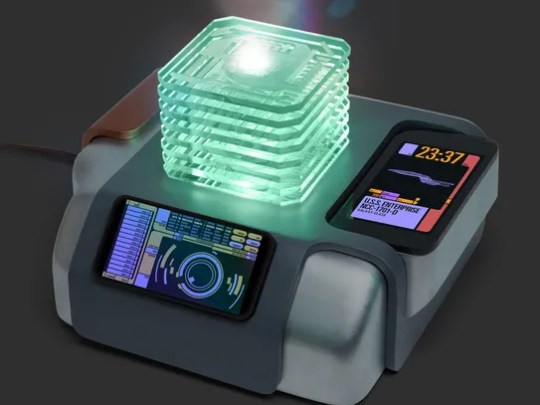 Can’t fall asleep? Enjoy the soothing sounds of the USS Enterprise or the DS9 Operations Center. It also projects a moving starfield on your ceiling, and includes an LCARS touch screen display and “red alert” alarm system. Why isn’t this real again? 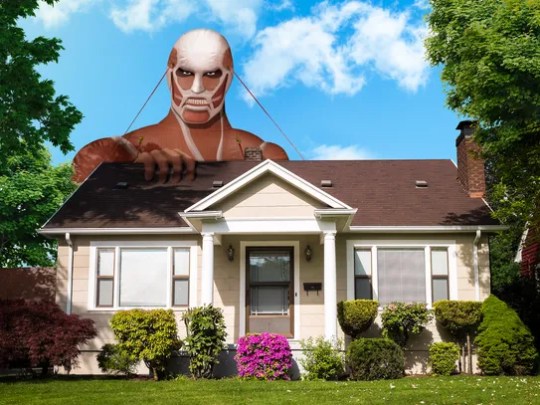 It’s a 25-foot titan on your lawn. Not sure I need to do more to sell you on this. 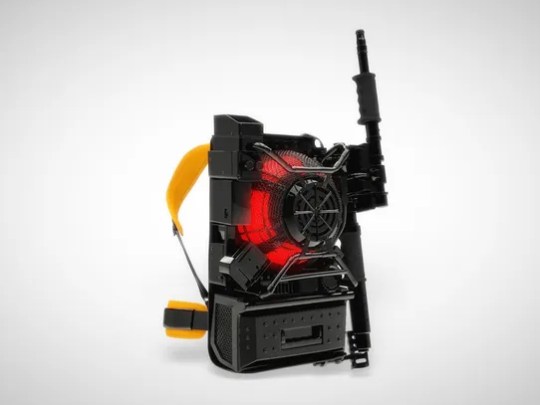 This might capture the “April Fool’s Gadget We Wish Were Real” award. Sony claims to have created the first ghost-catching device. It’s got an embedded 4K projector, super slow motion capture capability and is slime proof (obviously). Now we’re prepared in case this happens:

How to hire a cat reader

Maybe you like using Groupon to check out a new restaurant, or get a great discount on an adventure. Starting today, you can use Groupon for something truly awesome: finding someone to read to your cat. 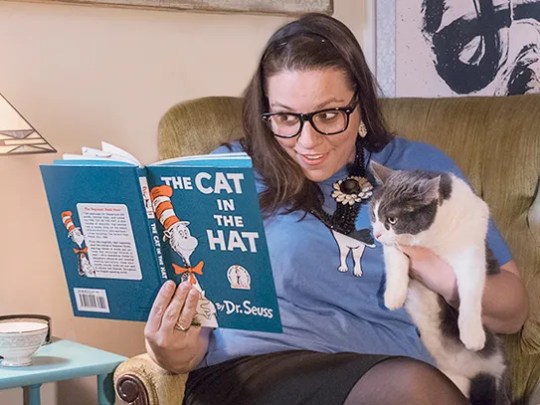 Users have several books to choose from including The Cat in the Hat and The Very Hungry Caterpillar, as well as four readers. We’re going with Beth: “A library scientist by profession, Beth is known as The Cat Whisperer among several knitting circles and has the feline intuition to identify your cat’s literary mood in any given moment.”

Watching 360-degree videos on YouTube is awesome, but it can be even better when you’re able to watch them with Snoop Dogg. Snoop even “coded the hell out of this software” to get “Snoopavision” up and running. Yep, we’re totally behind this.