The largest island in Lake Superior and one of the most unique, unspoiled national parks in the U.S. gets its day on the red carpet Sunday at the Freep Film Festival.

The Detroit Film Theater at the Detroit Institute of Arts will host a double-feature of short documentary films on Isle Royale, “Predator/Prey: The Fight for Isle Royale Wolves,” by Free Press photographer, videographer and documentary filmmaker Brian Kaufman; and “Fifty Lakes One Island,” by Chicago filmmaker George Desort.

Kaufman’s “Predator/Prey” focuses on the debate over Isle Royale’s dwindling population of wolves, which initially came to the island over a frozen Lake Superior five decades or more ago. The island’s wolf population once reached 50 wolves and averaged 25 wolves over decades, until a population crash happened in recent years due to the physical and reproductive impacts of inbreeding. Only two wolves are believed left on the island.

With the wolf population dwindling, Isle Royale’s moose population is thriving. And without that predator-prey balance, unchecked moose populations — along with the animals’ voracious appetites for vegetation — could do great damage to the island’s ecosystem, scientists say. A debate is under way over whether wolves from elsewhere should be brought on to the island as part of a “genetic rescue.” The National Park Service is weighing its mandates not to interfere with natural processes, with its duty to protect park resources. Meanwhile, climate change threatens both moose and wolf on the island.

“Seeing a wolf on Isle Royale is like winning the lottery,” he said. “I wasn’t expecting to see any, and I didn’t. But even spotting moose was tricky. I spent a week on the island before seeing and filming my first moose. And in an instant, Isle Royale felt wilder.

“It’s perhaps the best-understood ecosystem of any national park in the country, and the looming decision about wolf reintroduction there raises major questions about the future of wilderness management on a rapidly changing planet.” 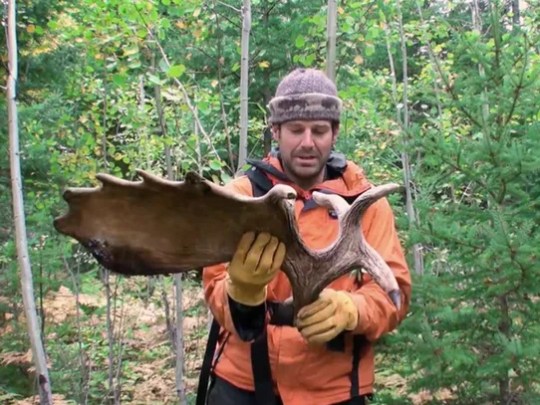 For the film “Fifty Lakes, One Island,” George Desort spent eighty days on Isle Royale visiting all of the fifty inland lakes on the island. (Photo: George Desort)

Desort’s “Fifty Lakes One Island” also will be making its Metro Detroit debut. In 2011, the Chicago filmmaker spent 80 nights on Isle Royale, traveling alone with his camera equipment and as much food as he could fit into his kayak. His mission: Visit each of the island’s fifty lakes.

“The longer I’m here, the closer I’m getting to some great secret,” Desort says in the film. “It’s nothing tangible, it’s nothing really I can even explain.”

The films begin at 3:30 p.m. Sunday at the Detroit Film Theater at the DIA, 5200 Woodward Ave., near John R. Tickets are $10 and available at the theater while seating lasts, or can be purchased in advance online for $11.50, with the additional ticket surcharge waived for DIA members. For more information, visit www.freepfilmfestival.com.