WASHINGTON — Turkish President Recep Tayyip Erdogan sought to counter his image as an authoritarian ruler during a speech Thursday, but his henchmen issued a different message as they sought to intimidate and oust journalists inside and outside the venue.

Even as Erdogan pledged anew to fight terrorism and help Syrian refugees while boasting of his own popularity with voters, the Turkish security detail confronted journalists and protesters at the Brookings Institution. 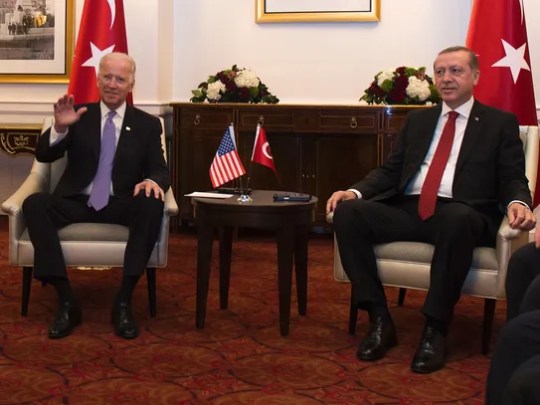 “You cannot find any country that pursues high standards and human rights and democracy like Turkey, and we want to be treated fairly,” Erdogan said.

Inside Brookings, U.S. security officials and a Secret Service agent protected a Turkish journalist from being evicted by Turkish security personnel.

The reporter, Adem Arslan, said he was physically ejected from the building but then brought back in by Brookings staff who insisted he was their guest. Arslan works for Ozgur Dusunce (“Free Thought”) Daily, which is owned by followers of Fethullah Gulen, a Turkish religious leader and one-time political ally of Erdogan’s who the Turkish president now accuses of trying to overthrow his government.

Video of Turkish reporter Adem Arslan @ademyavuza being expelled fr @BrookingsInst. He was later brought back in. https://t.co/f1cNfX4jTl

Arslan said two men with Erdogan’s team told him in Turkish “You’re not allowed to be in here, you’re a traitor.” And “outside they still harassed me and threatened me,” he said. Once he was back in the building, they threatened to kill him when he went out, he said.

Gail Chalef, director of communications at Brookings, said she and Brookings President Strobe Talbott escorted Arslan back into the building.

Arslan was fired together with dozens of other journalists from another Gulenist paper, Bugun (“Today”), after it was taken over by Turkish authorities and later closed following its reports on a corruption scandal in 2014. Before that, he was friendly with Prime Minister Ahmet Davutoglu and interviewed him on television.

Erdogan, asked about his government’s arrests of journalists and seizing papers, said false information has been disseminated in the West by his country’s enemies.

“Those who are incarcerated journalists in Turkey have been subject to litigation and their verdicts are pending,” Erdogan said. “These people have already been convicted of engaging in terrorism.”

He pointed to his re-election in August 2014 with 52% of the vote as evidence of the popularity of his policies.

As Erdogan spoke in the United States, an explosion caused by a bomb-laden car in the Turkish city of Diyarbakir killed at least seven police officers.

Suzanne Maloney, an Iran expert at Brookings and a former State Department official, said she also saw some of the altercations on the sidewalk.

“Listening to (Erdogan’s) defense about his approach to the press is eerily familiar to the approach of the Iranian government and by authoritarian states throughout the region,” Maloney said.

The altercations on the streets of Washington came as the United States and Turkey engaged in political confrontations as well.

Turkish officials, meanwhile, including the prime minister, have criticized U.S. support for Kurdish militant groups fighting the Islamic State in neighboring Syria, which Turkey blames for bomb attacks on its soil.

“There may be difference of opinions and that is normal that this is the case, but the Turkish American relations are strong and deep enough to have this kind of dialogue,” Erdogan said Thursday.

Erdogan on Saturday will dedicate a new Islamic cultural facility, the Diyanet Center of America, in the Washington suburb of Lanham, Md. The center boasts a sanctuary designed in the style of 16th-century Ottoman architecture, a pool, Turkish baths and a K-through-12 school.

Mehmet Gormez, who heads Turkey’s Ministry of Religious Affairs, said the facility is designed as an expression of peace and “a bastion of the freedom of ideas.” 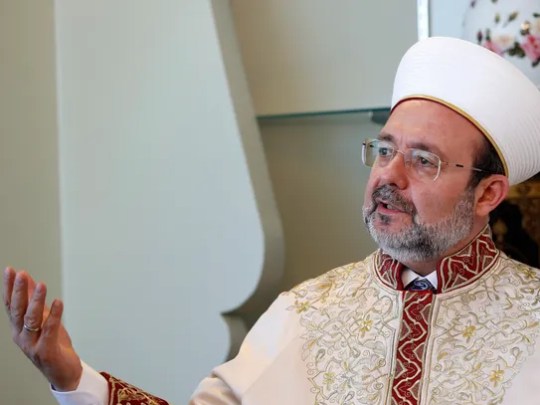