Saturday’s presidential nominating contests have a sense of “day after the big party” leftovers. There are some broken pretzels, that strange Jello mold your cousin brought that nobody ate and, somehow, magically, a half rack of ribs that never got out of the fridge.

The contests are also oddly scattered around. While Super Tuesday had a concentrated swath of contests for both parties across the South that were closely watched, Spotty Saturday has only two states where both parties are in action — Kansas caucuses and the Louisiana primary. The rest are one-party affairs.

USA TODAY will have all the results and updated delegate counts as the numbers come in. Here’s what to watch for in each state:

Things in Louisiana often run a little behind schedule, and their primary is no exception. Texas, Arkansas, Alabama and Georgia voted on Super Tuesday. Louisiana apparently couldn’t get around to it until Saturday.

But that tardiness also makes it the juiciest contest on the day’s schedule, with 46 Republican and 51 Democratic delegates up for grabs.

Donald Trump and Ted Cruz are considered the top contenders in the Pelican State, thought the Baton Rouge Advocate reports that there is no meaningful polling in the state that indicates which way it might lean. Trump and Cruz both had events in the state Friday; Marco Rubio had scheduled an event but scratched it earlier in the week.

The Democratic primary is easier to read. Hillary Clinton crushed Bernie Sanders in the Southern states on Super Tuesday, racking up large margins of victory among African-American voters, and that is likely to be the case again here.

Nothing wrong with Kansas 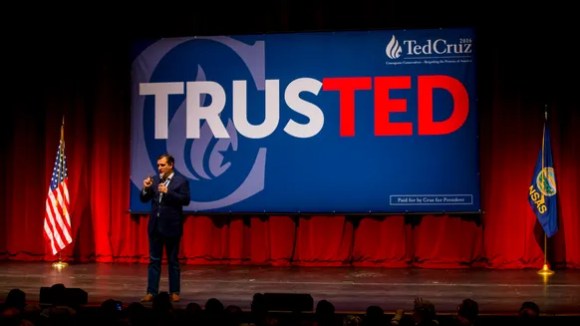 Kansas is the other state both parties are contesting Saturday, but in caucuses, not primaries. That makes the process and the results more complicated.

The Republicans, dividing up 40 delegates, start at 10 a.m. and finish at 2 p.m. (Central time), and like other GOP caucus states the voting is by secret ballot. The Democrats, with 33 delegates at stake, begin gathering at 1 p.m. and begin caucusing at 3 p.m., which involves people standing in clusters to show support for the candidates.

The Democratic caucus organizers better count carefully, because the biggest clusters of people are likely to be around the television set at 3 p.m. when the No. 1-ranked Kansas Jayhawks tipoff against the No. 20 Iowa State Cyclones. The hope is results will come in early because voters want to get home for the second half.

The Kentucky caucuses are a Republican-only affair on Saturday, and our colleagues at the Louisville Courier-Journal report that there are concerns about low turnout because the event has been poorly advertised, and it is the first time they have held a caucus instead of a primary since 1984. Polling in this race is pretty suspect, but a recent Western Kentucky University poll had Trump up by 13% over Marco Rubio, and Rubio canceled a Friday event he had scheduled in the state. There are 46 delegates at stake here.

Will Nebraska feel the Bern? 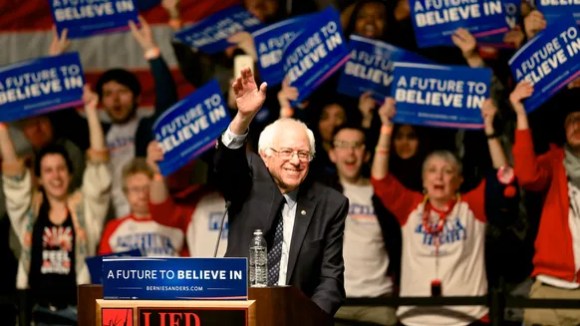 Democrats hold caucuses in Nebraska on Saturday, which could offer some good news for Bernie Sanders. He has done well in caucus states and states with lower concentrations of minority voters.

Oddly, Nebraska sets its caucus times by county, so voters will be gathering at different times around the state starting at 10 a.m and ending at 8 p.m. Central time.

An alarming detail from the Lincoln Journal Star:

Early returns will be announced beginning shortly after 8 p.m. Saturday, when the last caucus sites close. But full results and the official delegate count could come late Saturday or even Sunday morning, as party officials gather and process tallies from some of the later caucus sites, including Lancaster County.

All this for only 25 delegates. By comparison, there are 130 Democratic delegates on the table in Michigan’s Tuesday primary, more than Saturday’s three Democratic contests combined.

And a lobster roll

Maine Republicans gather for caucuses Saturday (Democrats caucus on Sunday — go figure) to distribute 23 delegates. Caucus times differ by county — the latest caucus sites close at 7 p.m. in the southern part of the northernmost county in the state.

It’s the smallest stack of delegates on the table Saturday, but Donald Trump still swung by Maine on Thursday on his way to Detroit for a debate, and Ted Cruz was in Maine on Friday.